The legacy of two world wars, live fire training exercises and the purposeful disposal of munitions in coastal waters by militaries in the United States and nations across the globe has caused concern when some of those areas are used for recreational and commercial activities, such as offshore energy initiatives.

Unexploded ordnance has been washing up on beaches for years, with one surprised fisherman reeling in a navy rocket from Rock Harbor, Massachusetts in April of 2018. Additional concern is that chemicals from these munitions could potentially leach into and contaminate ground water.

While there have been many studies on how waves and currents move munitions in sandy settings, many of the sites where these munitions of concern were dumped are located in silty, muddy settings.

Because of this, the University of Delaware’s Art Trembanis and doctoral candidate Carter DuVal wanted to learn how unexploded munitions move in these muddy, estuarine environments.

These munitions ranged from the very small, hand-portable size, to a medium munition to one that weighed nearly 100 pounds. The researchers added sensors to the fabricated munitions similar to sensors found in cell phones—which record when they are moving by using a data logger.

Read more in the original article published on the phy.org website at: https://phys.org/news/2019-02-explore-potential-underwater-movement-unexploded.html 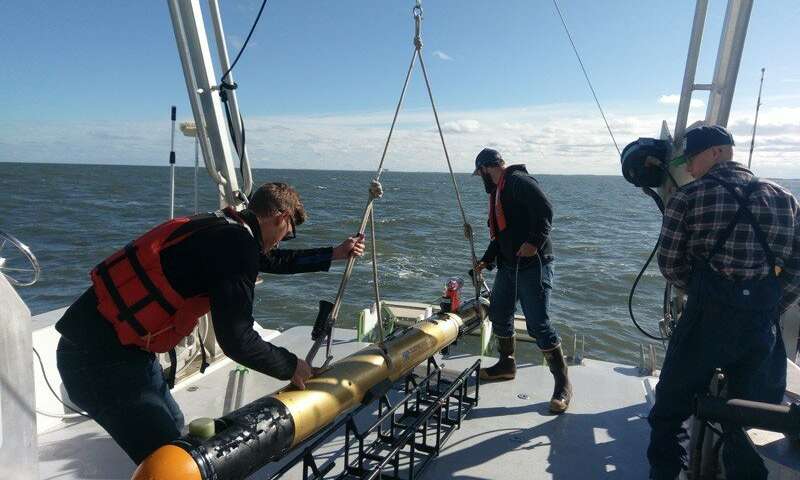