Around 10,000 people had to leave their homes after a World War II bomb was discovered in Cologne.

The city authorities announced on Wednesday evening that people would have to be evacuated while the unexploded ordnance found in Siegburger Straße, in the Cologne-Poll quarter, was safely defused and removed, reported local paper Rheinishe Post.

Around 2:24 am authorities said the bomb, which was said to be an American one, had been diffused and residents could return to their homes. A radius of one kilometre was put in place around the latest bomb discovery, while experts got to work on defusing it – a job that took several hours. Around 10,000 residents situated within the radius had to leave their homes, including sick and elderly people who had to be transported from their houses and apartments. Care homes and refugee shelters were also affected.

The city had set up three contact points for the residents: the Mudra Barracks, and two schools: Förderschule and Realschule Köln-Deutz.

A total of 1,000 people were accommodated in these facilities and supplied with drinks and snacks. Other residents went to relatives or friends’ homes while bomb disposal experts dealt with the discovery.

More than 100 law enforcement and transport workers were on site to assist people. Employees from the German Red Cross, the police, fire brigade and Bundeswehr (German army) were among those who helped out by assisting people during the evacuations.

More than 70 years after the end of World War II, unexploded devices remain scattered around Germany, a legacy of the intense Allied bombing campaign against the Nazi regime.

More information can be found in the original article posted on thelocal.de website here https://www.thelocal.de/20181129/10000-people-evacuated-after-unexploded-bomb-found-in-cologne 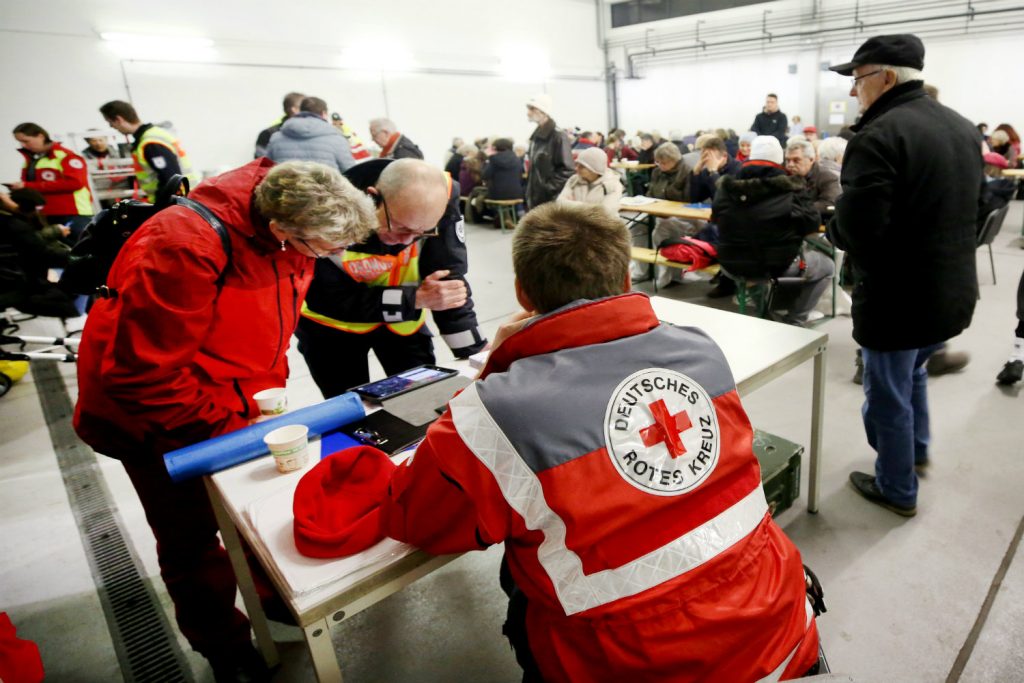