Huge 12,000lb WWII bomb to be neutralized by Polish Navy

September 2020 – In mid-October, divers of the 8th Coastal Defense Flotilla will start work on neutralizing the Tallboy bomb discovered at the bottom of the Piastowski Canal in Swinoujscie (northwestern Poland). It was one of the largest air bombs to be used during World War II.

A 12,000lb Tallboy bomb was discovered during dredging works on the Swinoujscie-Szczecin canal in September 2019. Divers of the 8th Coastal Defense Flotilla cleared the canal of smaller unexploded bombs and worked together with scientists from the Poznan University of Technology on the safest concept of bomb neutralization, the press services of the West Pomeranian province reported on Friday.

“The bomb will be neutralized by deflagration, i.e. firing an explosive at the place where it was found,” said Pawel Rodzos, director of the Security and Crisis Management Department of the district office. “This method also requires specialist facility preparation, so the entire operation will take several days. So far, it is the largest action of this type in Poland to neutralize post-war unexploded bombs,” he added.

Special safety rules to be introduced during the operation will apply to the Gaz-System pipeline, the LNG Terminal and shipping in the area around Swinoujscie. There will be designated safety zones on land and in the Szczecin Lagoon, canals and waters adjacent to the neutralization site.

Evacuation zones for Swinoujscie residents will also be in place. Due to the size of the bomb and the size of the security zones, representatives of the German authorities have also been invited to cooperate.

The Tallboy may have been one of the bombs dropped in 1945 on the German battleship Lutzow, which was then berthed in the Port of Swinoujscie. 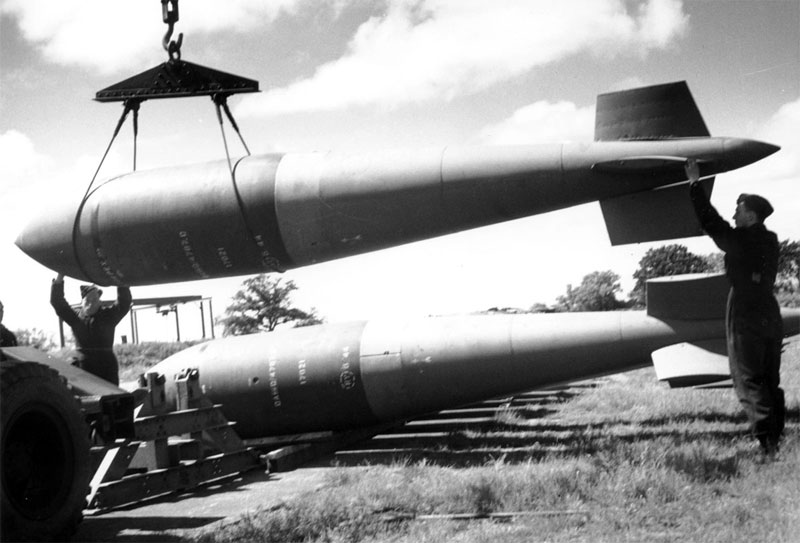